ANZAC Day 2015 marked 100 years since the first major military action fought by Australian and New Zealand forces during the First World War. Norfolk Island’s own contribution to both world wars was, per capita, the largest in the Commonwealth, which is proudly remembered by all islanders. This year the dawn service was held, not at the Cenotaph, but at the location of the first service in 1917, Emily Bay. 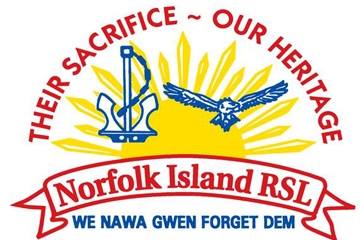 The fact that we remember the Gallipoli campaign as a great national day must be odd to people of other countries. The Americans have Independence Day, the French have Bastille, the British have Waterloo and Trafalgar, but ANZAC Day centres on an ignominious defeat in a side show theatre of the Great War. It sounds like foolishness, but of course we understand that this defeat symbolised something far greater.

The Bible speaks of a far greater defeat that stands at the epicentre of human history. A defeat which seems like foolishness to those who are perishing, but to us who are being saved is the very power of God (1 Cor 1:18). The foolishness is of course the death of Jesus the Christ, which is still a stumbling block to so many in all their ‘wisdom’.

David Fell is the Chaplain of the Church of England on Norfolk Island, an Anglican Church that loves Jesus, loves each other and loves Norfolk Island.