It’s October 2028. The world’s greatest sporting event is upon us. It’s the NRL Grand Final. The St. George Dragons and the South Sydney Rabbitohs are playing to win the Provan-Summons trophy. The two best teams of 2028 are locked at 12 all with time fast running out. 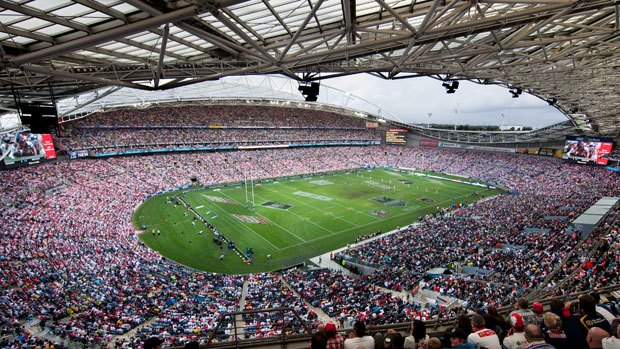 With thirty seconds left Souths have the ball, and with the referee eyeing the clock they desperately make one last attempt to break the dead-lock and avoid “Golden Point Extra Time”. After some terrific lead up play the speedy South Sydney winger receives the ball and makes an incisive run into the Dragons half. He’s scored several great “trys” already this finals series. This run is just as good as the rest and he looks every bit like scoring in the corner. But just as he attempts to ground the ball Dragons full back Ernie Fell, with a Superman-like dive, punches the ball loose …but he doesn’t just punch it away, he miraculously catches it and holds on. With only seconds left he quickly shifts the ball infield to his teammate, Wendell Fell, who runs back down the the field, puts up an incredibly precise chip right to the middle of the in-goal area where he shoulders away three defenders and grounds the ball for the win.

The referee blows his whistle! Game over! St. George wins the Grand Final, to the sheer joy of their father sitting in the front row. 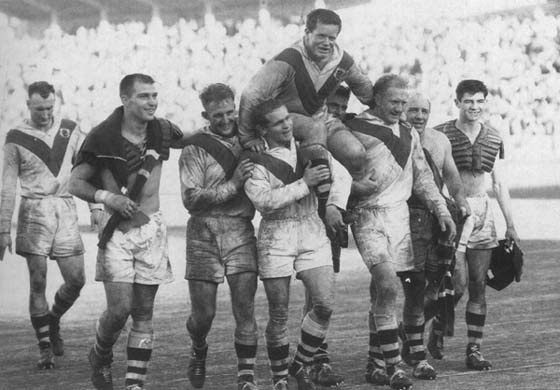 What is your greatest desire for your loved ones?

If you talk to many parents their answer will be ‘I just want my kids to be happy ’ but it doesn’t take a rocket scientist to figure out that what they are actually saying is that they want their kids to make them happy.

Maybe you want them to be a doctor, an engineer, or a stockbroker. Perhaps to experience earthly happiness derived from physical security or family not plagued by problems or divorce. A big family of their own full of healthy children; a long life exited by peaceful old age.

What do you want more than anything for your loved ones?

That they live a happy healthy long life? That they change the course of human history somehow? That they invent a new technology or even cure cancer?

Earlier this year we learnt from Paul’s letter to the Ephesians that we should dream bigger. Much bigger.

In the first chapter of Ephesians, verses 3-14 are devoted by the apostle Paul, to describe all of the immeasurable blessings that are given by God to his children. He talks about election; predestination, adoption, redemption, forgiveness and ultimately, He gave the Holy Spirit as a sign of the inheritance that will be coming our way for eternity.

Twelve of the most glorious verses we have in all of scripture.

In verses 15-17 Paul tells us what kind of response is produced by a heart that has grasped the meaning of the previous twelve verses. Paul says, “For this reason, ever since I heard about your faith in the Lord Jesus and your love for all God’s people, I have not stopped giving thanks for you, remembering you in my prayers. That the God of our Lord Jesus Christ, the Father of glory, may give to you a spirit of wisdom and of revelation in the knowledge of Him.”

In Acts chapter 20 we find out that Paul went house to house in Ephesus preaching the Gospel to people with many tears. Here we have the greatest evangelist begging people to salvation and yet people remained stone faced in their love for their sin and hate for the Lord. Fast forward a few years and Paul in a Roman jail receives word that many of those whom he had spent time with for three years pleading with them to forsake their sin and believe in the Lord, have finally given their lives to the Lord, and have a great love for their fellow believers. Men and women, who hated the Gospel, now sit in the front row on Sunday mornings, in love with God’s word and God’s people.

And Paul says that this news is bringing him unspeakable joy and that he hasn’t stopped giving thanks to God for their salvation.

Why so happy? Very simple, you cannot read verses 3-14 and walk away bored about such promises. Not only would a sensible person crave these blessings for themselves, but they would dream, that any loved would be able to experience these blessings as well. And Paul’s greatest concern in life was that as many people as possible would join Him in worshiping Christ forever. When he heard that people he had invested time into and even shed tears over, had believed the Gospel, his joy (despite being in a Roman cell to face Caesar) was unending.

I need to ask you a question I’ve been asking myself lately; What is your deepest concern for the people God has surrounded you with?

Is it their health? That they live a trial free life? That they win a meaningless footy game?

What we are called to is to take Paul’s example and desire above all else for our loved ones that they would be saved, and would join us in giving our Savior the praise he deserves.

We all dream about things for our loved ones. Let’s dream big!