Since the mid 1890’s the community of Norfolk Island have been decorating All Saints Church and celebrating Thanksgiving together (this year the festivities begin at All Saints from 10am). But how did the most American of holidays end up on a remote island in the middle of the South Pacific? 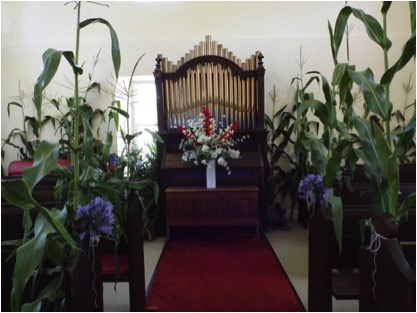 According to Church of England Chaplain, Rev. David Fell the Pitcairners had always celebrated the English Harvest Home festival, but it was not until Isaac Robinson came to the island that All Saints Church was specially decorated for the service.

Robinson was a trader who settled on Norfolk as agent for Burns Philp & Co Ltd., later becoming Norfolk’s Registrar of Lands and the island’s first (and so far only) United States consul. “The idea of Norfolk having an American consul does sound slightly absurd today” Rev. Fell says, “but in those days American whalers made frequent calls, and Robinson proposed dressing the church up American-style for Thanksgiving.”

Three of Robinson’s friends helped him decorate All Saints Church in the capital, Kingston, using only palm leaves and lemons, and though he died and was buried at sea the next year, his notion caught on. For Norfolk’s second Thanksgiving service, the parishioners brought down all sorts of produce to decorate the church. “The tradition became to tie corn stalks to the pew ends and pile flowers on the altar and the font. At first, each family took home its own fruit and vegetables after the service, but today they are sold to raise money for church preservation.” 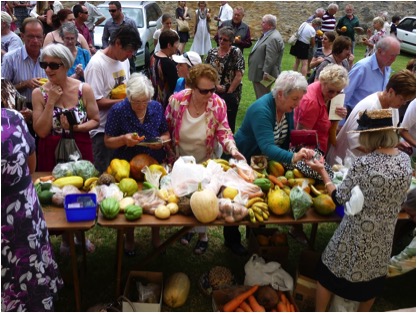 This year we are looking forward to having Bishop Michael Stead preach on Psalm 103. Also in attendance will be US Chargé d’Affaires, Mr. James Carouso and his wife Elizabeth.

Everyone is welcome to join in the festivities at All Saints from 10am Wednesday, 25th of November (families are encouraged to contact Albert Buffett to book pews).

See you at All Saints!